The Hipster Modular  Road_to_270-01-Project.zip Ableton Live Set is a template for sonifying the 2020 electoral college data.

As a general rule, all roads should make sound. In California, we have a musical road. We also have the largest number of electors. Coincidence?

For today, if there’s one thing we can all agree on, it’s that everything should make sound. So, aside from voting, the most useful thing we can call do is sonify the electoral data (thanks to Adam for spawning this idea). To realize this in an obvious and easily shared way, here is a 51-track Ableton Live set where the sound on each of the tracks reflects the geographic position of the state, the amount of votes and the status of the votes.

Here is the aesthetic behind this sonification:

The Musical Road is located on Avenue G in Lancaster, California in between 30th and 40th Street West. Originally designed and constructed by Honda as part of an advertising campaign, The Musical Road became the first road of its kind in the United States. The popularity of the musical road began shortly after the original stretch along Avenue K was launched and word quickly spread of its new groove. The roads feature intermittent grooves similar to rumble strips found on highways. The grooves are spaced so that a series of pitches play when a car drives over them at around 55 mph. It was designed to replicate the finale of William Tell Overture.

Play with this graphically at: https://www.nbcnews.com/specials/road-to-270-2020/

The following Ableton Live screen capture shows one track with the instrument rack for CA (vertical position of 32, 55 electors and blue). 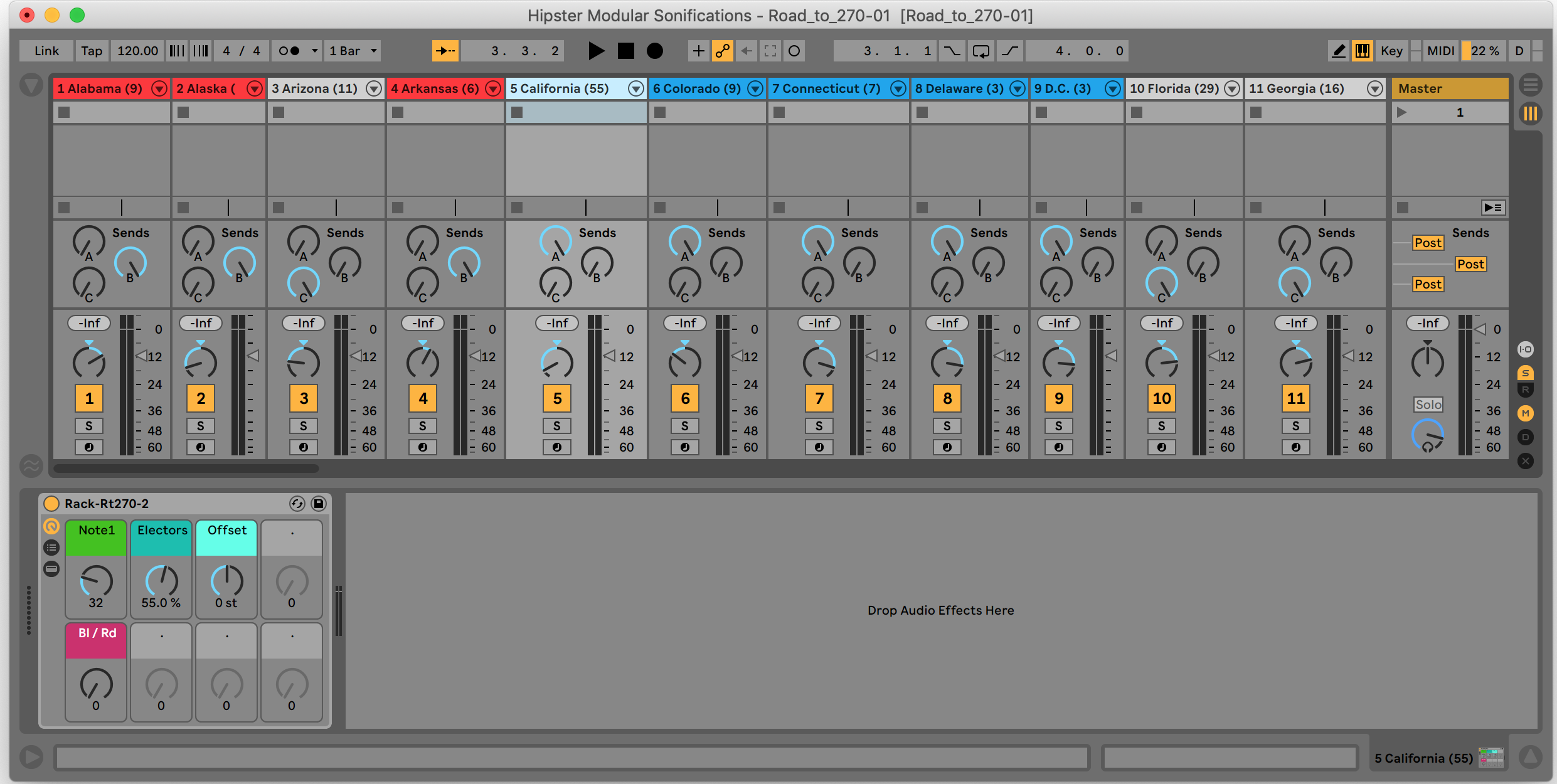 The map shows pan and pitch position. The middle of the state is used for mapping. 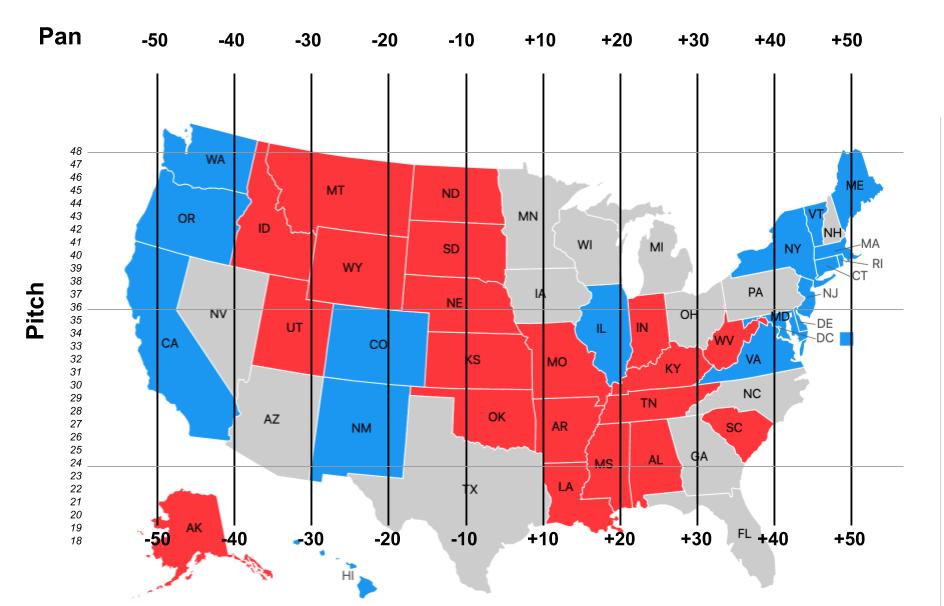 This Set uses the Kaigen-R v2 Max for Live device. It is included in the template. Get more Kaigen devices here.