TrevoX-Zoom_Quality project attempts to unravel some of the ambiguities with audio within the Zoom teleconferencing app.

To summarize the results, the standard audio feed has significant high-pass filtering, high-frequency distortion, occasional onset distortion and latency of about 164ms. With “Original Sound” turned on, there is no such filtering, virtually no high-frequency distortion, some but very little onset distortion, and the latency is about 156ms. When Desktop sharing is used (with the ZoomAudioDevice), regardless of whether Original Sound is turned on, the quality is about the same as when using the “mic” input with “Original Sound”, but the latency is much higher, about 250ms.

The audio was recorded on the local (“host”) Ableton set and on the remote Ableton set. The two sets were synchronized using Link. The recordings from the remote set were then loaded into the local set for comparison. 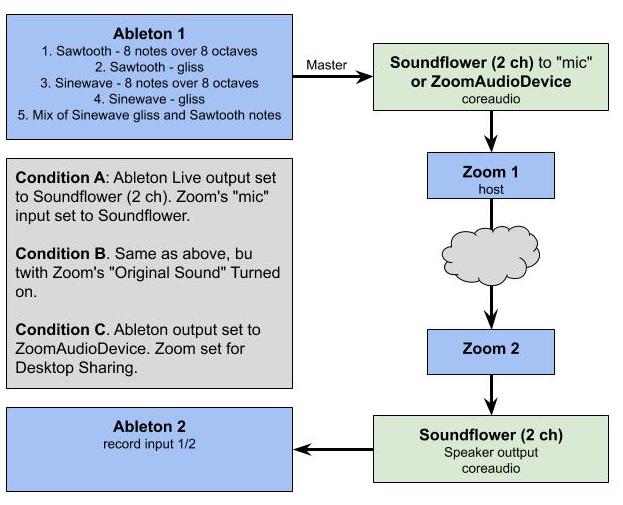 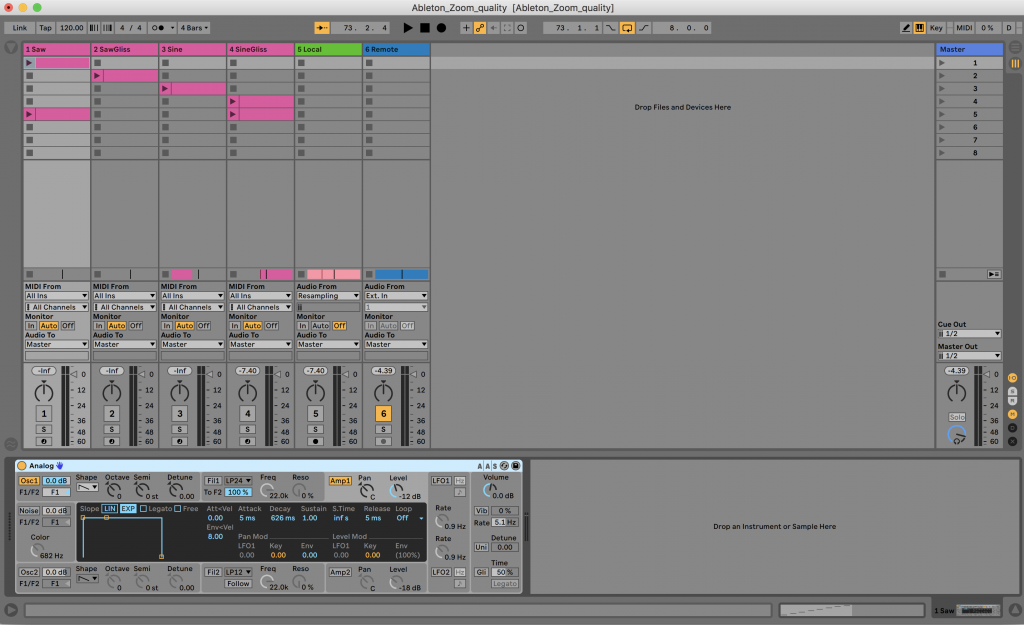 It should be noted that both laptops used Ableton preferences with a buffer of 512 samples (so, 10.7ms latency). The instruments used approximate Sawtooth waves. The gliss instrument uses an LFO to gliss. The two Ableton sets are synchronized via Link (whose latency should be negligible). 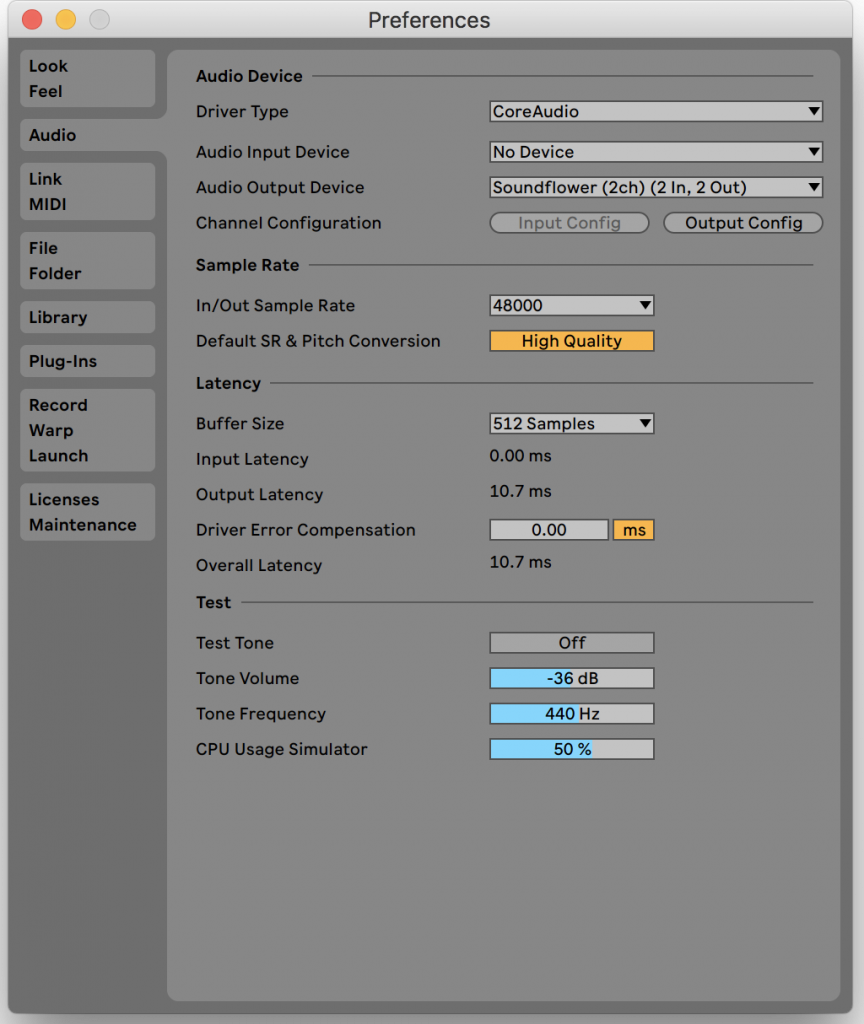 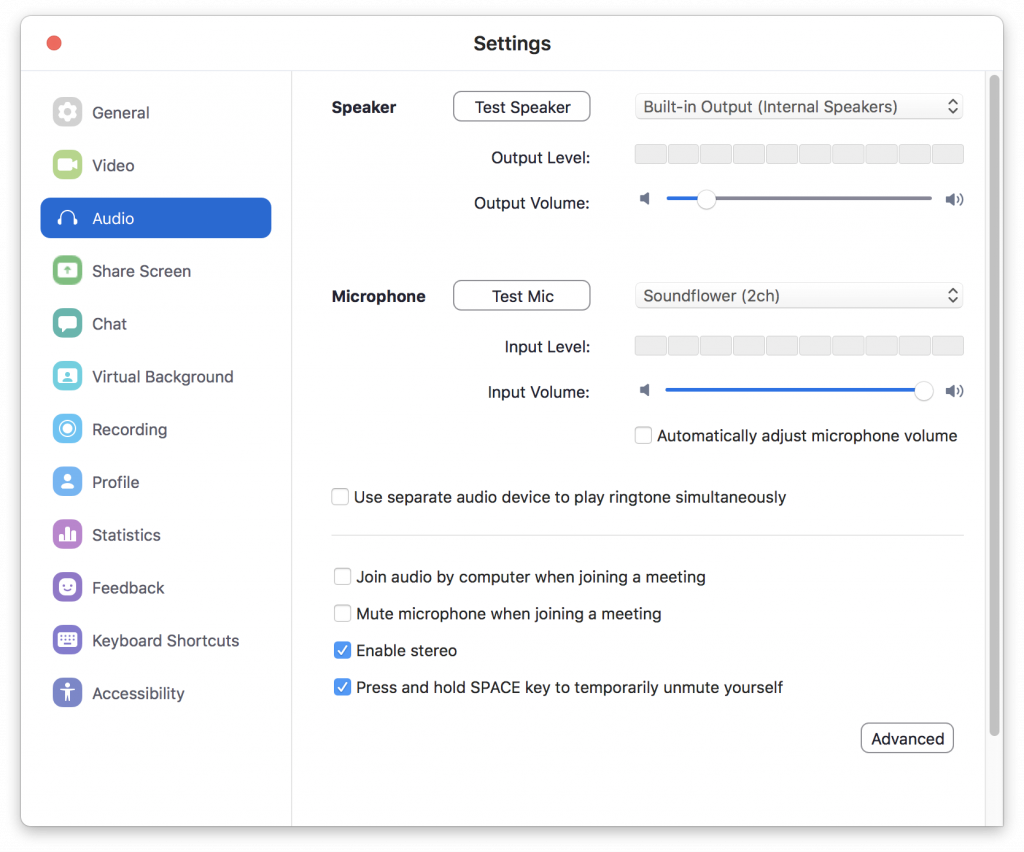